Recently Realme launched c- series three new phone which is Realme C20, Realme C21, and Realme C25. All three phones have been previously announced around the globe, but now they will sell in the Asian country. Realme C-series all phones were launched in other countries earlier this year, and come with a waterdrop-style display notch.

The Realme C20 smartphone comes with a 6.5-inch HD+ (720×1600 pixels) IPS display. It is powered by an octa-core MediaTek Helio G35 SoC which is supported by 2GB of RAM. In the camera department, the smartphone has an 8MP camera at the back with LED flash and a 5MP selfie camera at the front. The phone is packed with a powerful 5,000 mAh battery.  It’s a dual sim (nano) smartphone and it runs on Realme UI which is based on Android 10. The Realme C20 was launched in Vietnam for VND 2,490,000, which in Indian Rupee converts to approximately ৳10,000.

The Realme C21 comes with a 6.52-inch HD+ (720×1600 pixels) display. It is a dual sim (nano) smartphone and is powered by the MediaTek Helio G35 SoC, which is supported by 3/4 GB of RAM. The camera department in C21 has a triple rear camera setup that has a 13MP primary sensor, a 2MPmacro shooter, and a 2MP monochrome sensor. It also has a 5MP selfie camera at the front. The internal storage capacity of the smartphone is 32/64 GB and can be expanded through a microSD. The phone is powered by a 5,000mAh battery with 10W charging support. It also runs on Realme UI which is based on Android 10. Realme C21 has been launched in Malaysia. It was launched in Malaysia for MYR 499, which is approximately equal to ৳11,990 (4GB+64GB).

Realme C25 has a 6.5-inch HD+ (720×1600 pixels) display. It comes with an octa-core MediaTek Helio G70 SoC which comes along with 4GB of RAM. The smartphone gets a triple-camera set up with a 48 MP primary camera. The phone is also equipped with an 8 MP selfie camera at the front. The internal storage of the camera gets a boost with 128 GB capacity. The phone is packed with a 6,000 mAh battery along with 18W fast charging support. Realme C25 was recently launched in Indonesia for IDR 2,299,000 which roughly translates into ৳15,000. 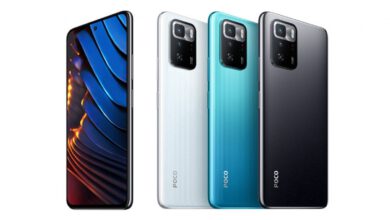