Vivo Y20 has reportedly got a certification from an Indonesian authority, and it may be launched soon. Vivo is apparently working on the successor to the Y19 that it launched last year. According to a report, a phone with model number V2027 has been listed as the Y20 on the Indonesian certification database. This Vivo V2027 has run Geekbench on July 27, managing a 252 single-core score and 1,239 multi-core score. 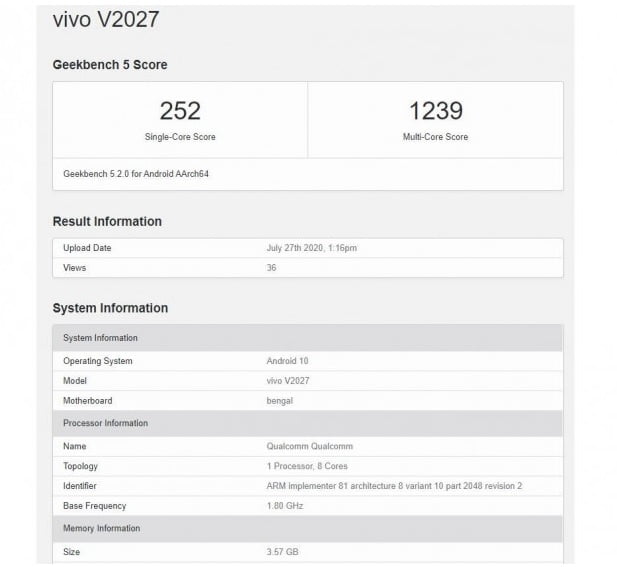 Information revealed by the benchmark listing and the page’s source tells us that the Vivo Y20 will be powered by Qualcomm’s Snapdragon 460 chipset. It runs on Android 10 and is powered by a 1.8GHz octa-core Qualcomm SoC coupled with 4GB of RAM. The Y20 may debut in the coming four months. Just like the Vivo Y19, the reported Y20 could also be launched as an affordable smartphone in India and Bangladesh.